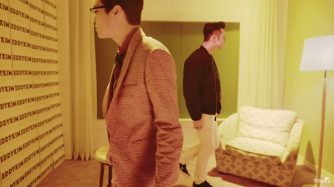 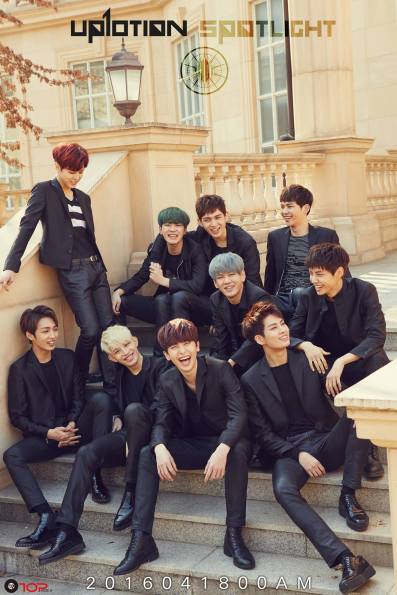 If you’ve been a K-pop fan for a while, you might run into this problem. Sure, you have mad love for your favorite K-pop groups, but we all know that K-pop promotions run in a cycle. What do you do when your favorite groups are MIA? FIND MOAR!

Dive into the Rookie Pool!

If you are looking for a new group to like, there’s no greater variety to be found than in the rookie pool, K-pop groups that are just debuting. Sadly, most K-pop groups that debut never have careers, so I tend to look at groups that have at least had one comeback. My most recent dip in the rookie pool has yielded results, because I am all about some UP10TION right now! Bonus: they are on Andy from Shinhwa‘s label, so we are keeping it in the family. The group just came out with the catchy tune Attention, but what made me a Honey10 was watching the choreography for “So, Dangerous.” It’s everything I love a large group for: precision choreography, rapidly changing formations and floor work! Nananananananananana!

One really great way to find groups you are sure to like is to see who the groups you already like are listening to or working with. Mamamoo is a prime example. I’d heard their great voices on “Peppermint Chocolate” with Wheesung (long-time bae), so it was fairly easy to move on to their “You’re the Best.” Watching their video and their appearances show that they are a great, fun girl group. I also like how girly and sassy they are.

In addition to looking at who your favorite artists work with, listen to who they listen to. In an interview, one of the members of UP10TION mentioned he was listening to Eddy Kim and Beenzino‘s “Paldangdam,” which turns out to be a rather groovy tune with Kim’s vocals and Beenzino’s rap. Now so am I!

Sometimes, you know about a group, but just never stopped to listen to them. This was the case with VIXX. I always knew about them, vaguely listened to a song, but never really gave them a shot. Then I happened on their appearance a couple of years ago on Weekly Idol when the group was promoting “Chained Up.” Hilarity ensues. These types of shows are great for showing the personalities of the members, which may also entice you to listen to their music. In VIXX’s case, I was captivated by what can only be described as Leo’s uncanny ability to communicate his intentions to his groupmates through his “art” (Does anyone know why this is a kitty?).

Listen to the Radio

If you listen to any number of Internet K-pop radio stations, you have no control over the playlist and can expose yourself to new artists. Listening to the K-pop channel on AccuRadio, I found two great vocalists that I probably wouldn’t have discovered clinging to my old favorites. One is John Park. I was instantly hooked with the intro to “U” which features his distinctively low voice. The other is Jung Joon Young, who has a different yet equally epic-sounding vocals on “Spotless Mind.”

It doesn’t matter if they are new, they are new to you, so get out there and diversify yo’ K-pop roster!