Originally published on KPK: Kpop Kollective on June 4, 2011 by CeeFu

So, this week I ran across a brief story by Esther Oh on the “failure” of Kpop.  While I’m always open to hearing what others have to say about Kpop, good or bad, I disagreed with several points that she made.  Ok, it’s not just I don’t agree with what she says. What she says is not the Kpop world I know.

First of all, her story had “tone.”  It just didn’t take a position on Kpop, it set out from the get-go hatin’ on Kpop. It’s clear she has no love for Kpop.  She says she “cringe[s]” when she hears about the Wonder Girls or Rain. Personally, I have a different reaction when I hear about Rain, but that’s just ME, and I’m not even the biggest Rain fan in the world. 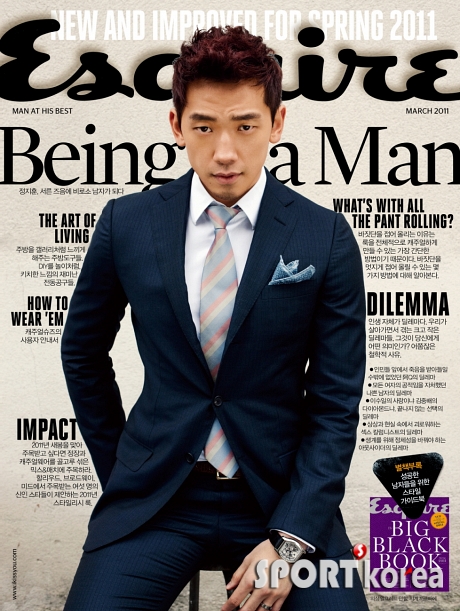 That attitude runs throughout the story. She doesn’t think Kpop is all that, and look, according to her, “the world’s biggest music markets simply don’t care” either. As evidence, she takes shots at BoA, who “bombed” despite working with famous music industry types, and Se7en, who produced “complete flops.”  She says that both BoA and Se7en’s forays into the American music scene were “disastrous.” In other words, if a Korean artist fails to break into the American mainstream music scene, this translates into “failure.” By that standard, there are a whole lot of American music artists who are “failing” as we speak, because they are not super popular according to some secret measure. Hey wait, she never says what she means by “failure.” Are we talking record sales? concert attendance? popularity? There are many ways to measure success, none of which she clarifies. I think the popularity of Kpop sites, online fan clubs, twitter accounts and Facebook pages attest that SOMETHING is going on.

What I find very interesting is who she uses as examples of Kpop’s “failure.” She points to BoA and Se7en’s efforts from YEARS ago and ignores one of the most significant examples of Kpop’s attempts to interact with the pop scene in the United States just in December of last year: JYJ, who by measures of even mainstream success did respectable. And what about SM Town Live LA in 2010 that brought the biggest names in SM’s stable to a pretty large American audience?

Also, the United States does not equal the world. Um, the U.S. is part of the world, not the entire world. I looked on a map and checked. Plus, I live here. At the beginning of the article, she claims to talk about the failure of Kpop’s “global domination,” but only gives examples of artists and their experiences in the United States. Given that Hallyu is a global phenomenon, and not one solely directed at the United States, I find her conclusions to be, less than convincing. Especially given the love that other countries have for Kpop: Peru’s love affair with Changmin of TVXQ,  ELFs (fans of Super Junior) in Saudi Arabia, and Paris’ demands for an additional SMTown show.

Finally, there is a slippery slope when she talks about the use of American producers in Kpop. She asks the question:  “BoA and Se7en have sung songs in English that were produced by Americans, and were transformed and marketed (albeit, unsuccessfully) in a way to suit the American public. Is there, therefore, anything that is so specifically and exclusively “Korean” about their U.S. debuts or their music?”  Now, given that she chose two examples of artists who are consciously looking to break into the U.S. market casts some doubt on her conclusions.  But once again she completely ignores international fans who like their Kpop straight outta Korea with no changes, complete with actual Korean. It doesn’t bother us. She implies that Americans want American things, and won’t accept things that aren’t “American.” AND, that any kind of collaboration between US and Korean artists and producers must produce something palatable to the American mainstream. Psst, here’s a not-so-secret secret: Hallyu Kpop has always mixed Korean and Western influences (that’s a WHOLE OTHER POST). She seems to be completely ignorant of how often American producers are involved in Kpop albums and the great collaborations that result.  For example,  Sean Alexander and Steven Lee, producers both based in Los Angeles, worked on Heo Young Saeng’s (of SS501) album, Let It Go.  Yes, that album is SLAMMIN’ and YES, I am biased, but I also know what I like.  That’s some groovy stuff, and it is Kpop.

Esther Oh seems to assume that Americans don’t want Kpop and rumors of its success have been greatly exaggerated. Yeah, I’m taking this article with LARGE grain of salt.  In the end, it just seems to be just a very narrow take on Kpop, especially its international effects. So rarely do you see someone hate the playa AND hate the game.

One thought on “Don’t Hate The Playa AND The Game: Recent Criticism of Kpop”