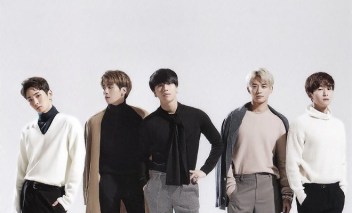 Unless you have been under a rock, you are surely aware of the win by BTS for Top Social Artist at the Billboard Music Awards. While the win shows the way K-pop fans can mobilize in the moment, the celebration of group anniversaries demonstrates the longevity of K-pop fandom.

Many have pondered what the win means. The BTS win comes in the wake of other instances where K-pop fans mobilize. In 2011, 2NE1 won the Best New Band award at the MTV Iggy Awards as a result of fan votes. In 2013, SNSD garnered the Video of the Year Award for “I Got A Boy.” These wins for BTS, 2NE1 and SNSD reflect the work that fans put in for the groups. It shows what K-pop fans already knew: K-pop fans are a force. Mainstream media outlets marvel at the win.  However, some have also questioned the BTS win.  Theo Howe argues that the win really reveals a “fetishisation” for Korean artists:  “K-pop is a deeply visual genre, and the artists are made to look pretty, but there’s a danger among international K-pop fans that this can create an echo chamber for saying how BTS or Twice are that much more attractive than people of any other ethnicity.” Helen chalks up the win to marketing:  “K-pop being recognised by big mainstream Western media sites doesn’t mean it’s somehow ‘made it’, and BTS winning an award at a music awards show that has nothing to do with music isn’t K-pop making it either. It means that mainstream Western sites have figure out that K-Pop is marketable, which of course it is.”

I argue that the win tells us something about K-pop fandom, but only half of the story. On one hand, it demonstrates, once again, that K-pop fans will mobilize for the opportunity to promote a K-pop group to the world. Such events work because for a brief, shining, moment, fans come together to achieve a task recognized by non-K-pop fans. But there are other measures of the global impact of K-pop on fans.

While many were fixated on BTS, Shawols were celebrating the 9th anniversary of  SHINee, whose popularity points to the longevity of K-pop. J.K. of soompi chronicled the way fans celebrated the anniversary, including a trending hashtag and Twitter posts. SHINee is not the only K-pop group celebrating multiple years of grouplife. 2PM also celebrates its 9-year anniversary this year, and F.T. Island celebrates its 10th. Shinhwa celebrated its 19th-year anniversary in March and Sechs Kies is currently promoting their 20th year (despite several years of inactivity). Even without the same level of fanfare and public recognition, these fans ensure that their groups can continue to have an audience and make music. This fanwork is more constant.

People have been declaring the death of K-pop for years. K-pop fans are both of the moment and here for the long haul. Even as newer fandoms groups like ARMYs break barriers, older fandoms like Shawols show the lasting power of K-pop.

Helen. “Why Do BTS Fans Care So Much About That Billboard Award? Of Course They Won.” Beyond Hallyu. 22 May 2017. http://beyondhallyu.com/k-pop/why-do-bts-fans-care-so-much-about-that-billboard-award-of-course-they-won/ (9 Jun 2017).

Why The BTS Billboard Win Is Only One Half Of The K-pop Fan Story by CeeFu is licensed under a Creative Commons Attribution-NonCommercial 4.0 International License.