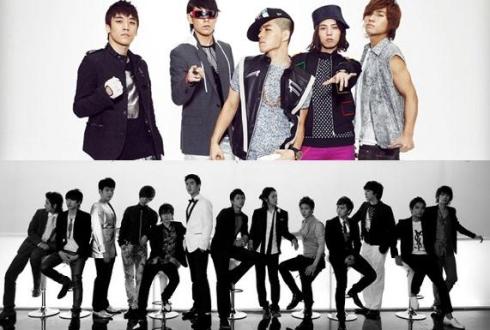 Some people think that male K-pop groups are all the same. However, research suggests that fans differ in their attitudes towards individual male K-pop groups. Responses collected from fans of Super Junior and BigBang reveal that they also hold different opinions on their music and group dynamic.  Such responses suggest that while some do not distinguish between male K-pop groups, fans do.