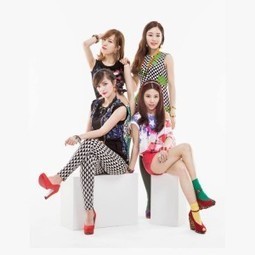 So what happens when theories become reality?
A new girl group called The Gloss just announced their impending debut a few days ago.

This story puts a lot on Olivia, the ostensibly white member of new female K-pop group, Gloss.  There is a quite a lot of elision, and while it raises some issues, it raises more questions. Whiteness, like other socially constructed identities, is not monlithic and subject to historical, national  and cultural context. Similarly, the term "foreign" depends on your position: does foreign mean all people outside of Korea, or all people outside of East Asia?

The piece also assumes what fans, white, black, Latino, Asian American, want by painting them with broad strokes. Instead of assuming what white fans or black fans think about one white member of a K-pop group, it would add to the conversation to actually ask them how they view whiteness or their own place in their various fandoms.