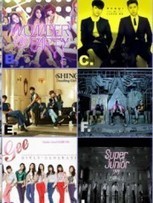 KpopStarz
K-Pop Stars to Continue Hallyu Wave Due to Psy’s ‘Gangnam Style’ Syndrome
KpopStarz
With the Psy syndrome that passed last year, many other K-Pop artists are making their comebacks this year.

This article is great for the rundown of tours and comebacks of major K-pop acts for 2013. However, it is a bit misleading to suggest that these events are evidence that these acts are trying to emulate Psy or "become the next Psy." Comebacks and tours are a standard in K-pop. In holding a concert in California, Psy follows in the footsteps of Rain, JYJ, BigBang and 2NE1 i holding major concerts in the United States.