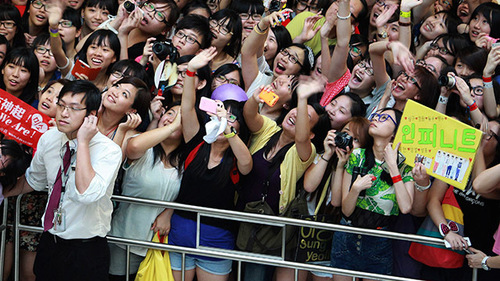 Sam Lansky’s account of his interaction with K-pop reads like bad fan fiction, and perpetuates the idea that K-pop fans are lunatics who over-react when it comes to their favorite groups.

One of the biggest misrepresentations found in the piece is his assertion that that K-pop fans in the United States are made up “mostly the ken of geeky music journalists, Asian Americans, and gays weary of Lady Gaga’s art-pop pretensions but thirsty for a similar spectacle.”  K-pop draws one of the most diverse fanbases of a musical genre, and many K-pop fans were fans before Psy’s Gangnam Style.

As one of the comments suggests, Lansky creates this story in part by egging on K-pop fans on social media.  While many of the younger fans of K-pop frequent Twitter, there are many who do not. Moreover, Lansky is fascinated by what he calls the “spectacle” of K-pop; he’s an outsider looking in and participating without making an effort to understand the fandom or represent a reasonably accurate picture of it.

2 thoughts on “Hallyu Tsunami: The Unstoppable (and Terrifying) Rise of K-Pop Fandom”