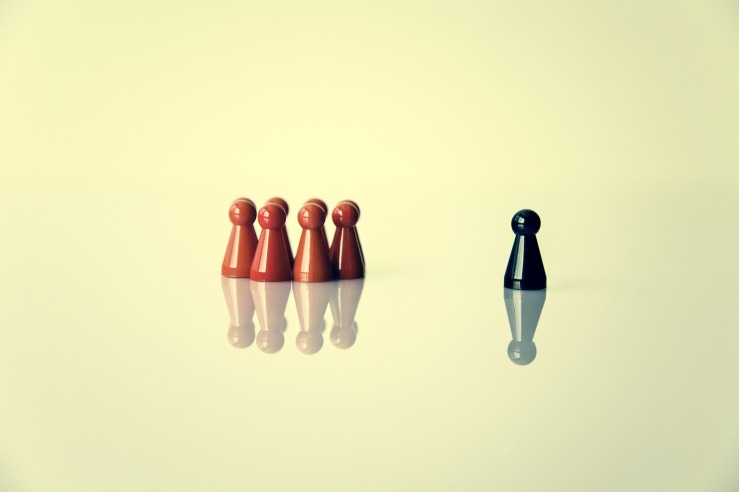 At a time when K-pop is more easily found than ever, it seems like the K-pop fan is disappearing. Increasing division driven by single-fandom obsession is becoming the norm.

It seems strange to talk about back in the day, but not so long ago (2011), K-pop was hard to come by. So when K-pop fans found one another, they were just so happy to find someone else who knew about K-pop. It didn’t matter if their favorite groups weren’t your favorite groups. At least you had heard about their favorite groups, and that was good enough. A shared camaraderie formed as you exchanged stories of waiting for English subs and trying to figure out the members’ names.

These days, there seems to be more emphasis on individual group loyalty. Fans are calling themselves things like “pure EXO-Ls” or “pure Carats.” They are excluding individuals who may be multi-fandom from activities like voting campaigns. They are insisting on not mentioning other K-pop groups in fan groups. They act like you aren’t even supposed to know about other groups, even as members of their groups are friends with, collaborate with and are seen with members of other groups.

Let’s be clear. We know that fan energy is indeed finite, so you can’t  like or support all groups in the same way or at the same level. But it is unrealistic to act like other groups don’t exist and groove to their music.  It is unreasonable to ask people not to be aware of other groups that are out there and possibly like them. K-pop is too small for this. And in the long run, it’s bad for K-pop, because K-pop is an industry. With people. And groups and artists. These groups do not exist in a bubble. they listen to each other, know the songs and can do the dances.

Even more sad, this also is causing some people to leave their fandoms or strenuously claim not to be associated with them, even though they like the group. People leave behind something they love because others create a toxic environment and spoil the fun.  Unless your brand of fan activity involves illegal activity or other harmful acts, there is no need to police how other people practice their fanship. The base requirement for being a fan is having affection for something. Everything else after that is gravy. I’ve never seen a group come out and say, “Our fans are sucky because they like other groups.”

Can we just all get along? 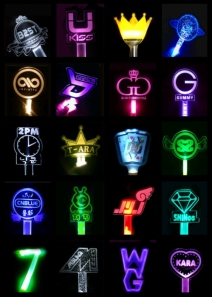 Many know that K-pop fans play an active role in K-pop, but few may know just how complex K-pop fandoms are.

As K-pop becomes more popular around the world, its fans also receive more attention, both positive and negative. However, some of the negative characterizations repeated by writers who act as authorities and in professional capacities have racial and gendered ramifications.

In “Hallyu Tsunami: The Unstoppable (and Terrifying) Rise of K-pop Fandom,” Sam Lansky describes K-pop fans as “mostly the ken of geeky music journalists, Asian Americans, and gays weary of Lady Gaga’s art-pop pretensions but thirsty for a similar spectacle.”  After a “trolling high” that resulted in fans responding to his tweets about TVXQ, Lanksy proceeds to rile up fans about Jae Joong, former member of TVXQ and current member of JYJ. This prompts what Lansky describes as “a deluge of death threats from crazed fans who, whether they perceived me as an actual threat to the imagined romance between Yunho and Jae Joong or merely an annoyance who should to be silenced, gave me pause in an online game that had become addictively pleasurable.”   Lansky goes on to link K-pop fandom to  deadly behavior:  “The Mark David Chapmans of the American pop universe tend to be anomalous. With K-pop, stan behavior carries over into the real world with frequent, alarming consequences.”

Such generalizations come from those familiar with K-pop as well.   Simon (of Eat Your Kimchi fame) gave this comment as part of  this discussion on Al Jazeera‘s The Stream: K-pop Diplomacy in response to the ability of K-pop idols to relate to fans (@20:02): [Disclaimer: I was initially approached to do the show, and my video comment was chosen for inclusion during the show–Yay!]

One of the things I’m really interested in when it comes to the marketing of K-pop idols. . . I find the way that K-pop idols are described by fans..it’s a little bit disturbing to me. It’s really in terms of religious terms. These are K-pop idols. They’re described as gods and goddesses and kings and queens. I lot of people look up to these idols and they shake and they quiver and that element of K-pop idols trying to relate to fans it’s difficult for fans sometimes to understand because it’s like, “Oh my God, this is my hero, this is my god speaking to me.” So I find it very interesting.

Such characterizations gendered and racial implications.  K-pop is made up of a variety of individuals, including Black Kpop fans, adult K-pop fans and Arabian K-pop fans. K-pop fans come from all over the world, as numerous Facebook pages and comments, websites and YouTube video subbed in various languages reveal.  Unlike other large scale fandoms like science fiction, whose fan communities that tend to be overwhelmingly white and male, K-pop fandom is made up of mostly women.  When men, sometimes white, characterize this fandom made up of females and people of color as hysterical, homicidal, dangerous, and cult-like, it plays into historic unfounded negative characterizations of ladies and people of color. It is using a broad brush to describe a few, and that broad brush erroneously paints people of color and women as disruptive to the social fabric.

There are plenty of people who consistently criticize K–pop fan behavior, but outlets like Anti Kpop Fangirl and Asian Junkie both note they are expressing their personal opinions.  Lansky and Simon express such opinions in a professional capacity and as a result, their negative and erroneous characterizations carry more weight.  Lansky has written for such auspicious outlets as The Atlantic, New York Magazine and Billboard.  As a result of  Eat Your Kimchi, Simon is regarded as an authority on K-pop. Groove Korea describes Eat Your Kimchi as “the top source of information on K-pop in English.”

Their tendency to generalize about the diverse fandom that is K-pop also does some damage to the credibility of both Lansky and Simon.   Lansky glosses over the fact that he instigates the “terrifying” behavior that he then points to it as “normal.”  This is akin to having a Packers fan walk into the Bears locker room and start talking smack about the team’s quarterback (thanks Heidi!). While violence is never the right response, it is natural that Bears fans would respond because they had been provoked.  Lansky sought to get the very reaction he received, then proceeded to write about it to show how “crazy” K-pop fans are.  Stan behavior is sensational, and gets people to read your story.

Even more egregious is the way Lansky equates K-pop stan behavior to Mark David Chapman, the man responsible for the murder of John Lennon.  No K-pop fan has ever killed anyone, and to suggest such is at best poor writing, and at worst, deception.  That’s a sketchy and manipulative thing to do as a writer. It adds insult to injury to be a professional male writer and characterize a largely female and young adult fandom in this way. It smacks of paternalism.

Simon fails to qualify his comments. He does not describe some fans as engaged in literal idol worship, but ascribes that behavior to all fans.  It just doesn’t apply to all fans.  For every story you hear about a stan or a fan war on a forum, there are loads more of unreported stories about fans cooperating at a fan meet or patiently waiting for somebody to be released from MMA.  This failure to be careful with language, as a figure of authority on a subject, can have a negative effect on Simon’s credibility. Once again, to be a white man who describes a largely female fandom in this way has implications for Simon’s credibility.

The problem is not talking about the extreme behavior of fans. It happens. The problem is when males,  some white, acting in professional capacities talk about it as the only fan behavior among a largely female and very diverse fan community.